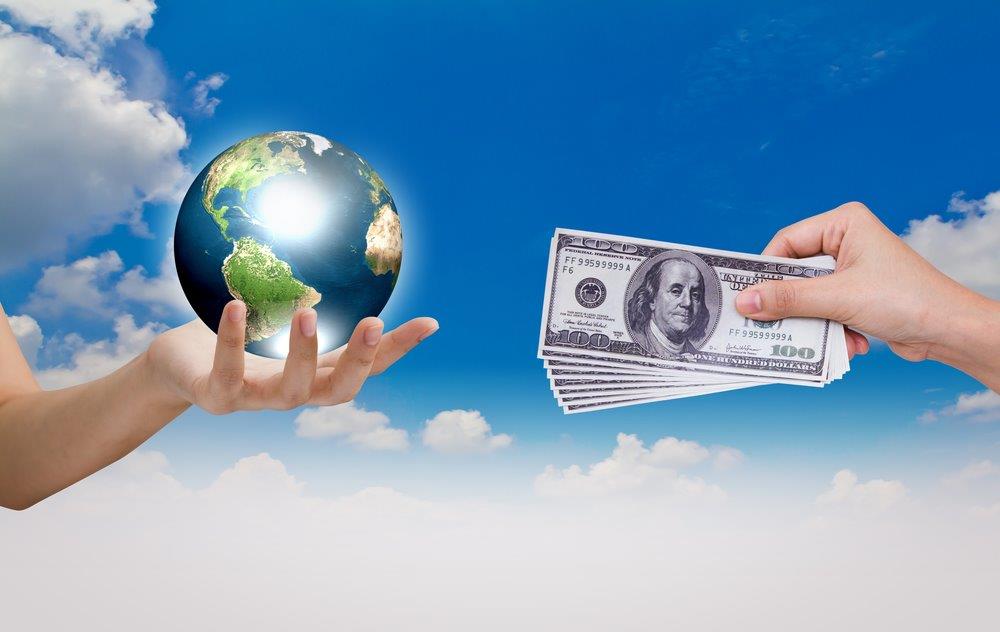 Automobiles didn’t replace horse-drawn carts because the world suddenly ran out of hay. And alternative clean air vehicles won’t replace fossil-fueled vehicles because we suddenly run out of oil. In fact, due to technology, more oil and gas supplies continue to be discovered and exploited when just a decade ago we thought the end of fossil fuel was in sight.

Even though we are beginning to see the negative effects of man-made climate change, we continue to fill up at the pump! Why? Because we still think it’s cheaper than owning an alternative energy vehicle! We are waiting for the day when clean air vehicles and power generation are cheaper than fossil fuels. Shouldn’t we be looking at the total costs of a tank of gas? Shouldn’t we be measuring miles per dollar instead of miles per gallon?

Super storms, deadly winters, droughts, and generally unseasonable weather are already here. The costs are adding up, and we are paying to repair the damages and higher food prices. Shouldn’t all this be added to the dollars per mile? Just because it comes out of a different pocket, aren’t we all paying for it anyway? So is it really “cheaper” to continue with fossil fuels?

The UN Intergovernmental Panel on Climate Change recently released its report. Among other warnings, it stated carbon dioxide levels are rising almost twice as fast as they did in the last decades of the 20th century. Otto Edenhofer, a German economist and co-chair of the committee who wrote the report said, “If we lose another decade, it becomes extremely costly to achieve climate stabilization.”

Sure, we all should be considering the real cost of climate change, but as human nature would have it, we are more concerned with the immediate cost of getting to work, the store, and the vacation. Never mind the down-stream financial consequences (let alone the survival of man as we know it). We somehow think the day of reckoning is still way off in the future. So we continue to wait for a cheaper solution.

How far away is that solution anyway? How much longer do we have to wait until we reach the economic tipping point where alternatives to destructive methods of making power and getting around are more economically desirable?

According to the UN climate report, some alternatives are already cheaper! The cost of wind and solar have dropped dramatically as a result of mass production, government subsidy and tax advantages. It now competes directly with coal, the major culprit in climate change. Hopefully developing countries like China will make the right financial choice for the long run and (finally!) for the short run as well.

What about getting around? Progressive governments have already slapped increased mileage and emission standards on fossil fuel vehicles. However, we are very heartened by last month’s announcement by Elon Musk. He is the founder of electric vehicle manufacturer Tesla, and investing billions in the world’s largest battery manufacturing plant which will dramatically reduce the cost of batteries and significantly extend the range of electric vehicles. Bravo!

We all vote with our dollars but we all still look for the most efficient short-term use of those dollars. We are finally at the tipping point where we can begin to satisfy our short-term needs and reduce our long-term costs. Alternatives are getting cheaper all the way around! So now the earth, and everything and everyone on it, has a better chance of having a good future. Use your dollars to vote for a happy Earth Day, everyone!