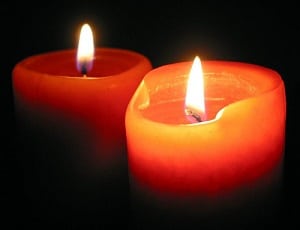 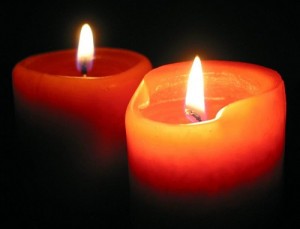 As we travel throughout the world, it’s interesting to see how different cultures celebrate Halloween. In the U.S. it’s mostly ghosts and goblins, vampires and gore with trick or treat, costumes and parties. In certain Latin American cultures, they have a holiday that occurs the days after Halloween that is more personal and respectful, honoring family and friends who have passed away, even setting a special place for them at the dinner table. The name Halloween refers to “All Hallows Eve,” the night before All Saints Day. Día De Los Murtos (on Nov. 1st and 2nd) celebrates the former lives of personal family and friends first, and then celebrating the public saints of the church.

But for us personally, Halloween has an even greater significance. We had hardly known each other for more than an hour when we discovered, much to our surprise, that Bonnie’s mother and Michael’s father were born on the same day of the year: Halloween! Now that’s scary! What are the odds?

Interestingly, they both had similar traits. Both were hard-working, supportive, and practical, and both sported a wry sense of humor.

Bonnie’s mother, Mabel, was a “Rosie the Riveter” when she was 25 during World War II. She welded the Liberty Ships together that provided the backbone of the war effort in the Pacific. She was a salt-of-the-earth type that everybody called “mom.” She was an organic blueberry farmer in the foothills of Oregon’s Mt. Hood. Mabel was big hearted and wise. She had the ability to read people quickly. Her advice was usually on target, and we quickly learned the advantages of following it.

When she contracted emphysema from those years of inhaling acetylene as a welder, we asked her time and again to come and live with us in a dryer climate. We even showed her pictures of her own room at our place, but she wouldn’t budge. Finally, we told her we really needed her help to get Barefoot Wines going – then she was on the next plane.  She wanted only to know she was needed. And what a help she was! She planted an organic vegetable garden; she folded T-shirts and packaged signs for our distributers; and she pitched in on all the chores! She even came up with the name Barefoot Bubbly for our sparkling wine!

Michael’s father, John, was an attorney who worked his way up to become the Mayor of Oakland. He was a big supporter of containerized shipping when it was only a concept, and worked with the Mayor of Fukuoka, Japan to pioneer container trade between the two similar port cities. Coincidently, the first container ships were made from mothballed Liberty Ships, the same kind Mable built during the war. This time they took all the rigging above deck off two ships, cut one in half, cut the prow and the stern off the other, inserted the midsection between the two halves and – voila! A long, flat ship ready for containers!

John was the only son of Irish immigrant parents who moved to San Francisco at the turn of the 20th century. His father was a cop who walked the Mission District, then an Irish ghetto. John put a great value on education and saw to it that his own children got good ones. With regard to customer service, he’d say, “Make up your mind. Do you want to make a statement or do you want to make a deposit?” With regard to good ideas he’d say, “Good ideas are like belly buttons – everybody’s got one. You’ve got to push it to get it going, then you have to run to keep up with it, and nobody has time for two!”

On Halloween we honor our two tenacious and spicy parents whose examples guided us to create a brand that has employed many fine people, supported hundreds of great causes, and provided a hearty laugh or two! Happy Halloween! M&B