THE HOLIDAY THAT ALMOST WASN’T 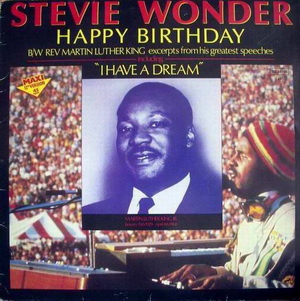 As we observe Martin Luther King, Jr.’s birthday, it’s appropriate to recall how this holiday came about. King, a nonviolent activist in the Civil Rights Movement, was assassinated in 1968. The campaign to establish a Federal holiday in his honor began then, but was not signed into law until 1983 and was first observed in 1986. It wasn’t recognized in all 50 states until 2000.

King was peaceful but he challenged his own people to be visible and march with him. Their numbers got the media to talk about events that made the country think and become less passive. Through his peaceful public exposure of inequality under the law, slowly but surely King moved the majority. He understood how to make change and how to affect elected officials.

There was difficulty getting this holiday passed. It was too expensive; it honored a private citizen; and there was the unfounded accusation that King was a communist, of all things. Even our president at the time, Ronald Regan, didn’t want to sign the bill. Then, Stevie Wonder released the “Happy Birthday” tribute to King and hosted a rally where over six million people petitioned Congress to pass it. Politicians, eager to get re-elected, saw this as an indication that there was a large enough constituency that wanted the holiday, and Congress passed it with a veto-proof majority.

It’s ironic that the day set aside to honor King and the Civil Rights Movement itself had to fight a battle to achieve mainstream acceptability. Change takes time, change takes sacrifice, and change takes a broad, visual appeal to the conscience of the majority. Only then will the elected officials follow suit.

Thanks to leaders like Harvey Milk, today we see the gay and lesbian movement becoming more and more mainstream. His challenge to his own community was “Come out, come out, wherever you are!” And they did – as family members, neighbors, merchants, professionals and soldiers. Our current president has “evolved” to support same sex marriage. Before he could side with those who argue it is a “civil right,” he waited until the media made it clear that there was increasing, and irreversible acceptance by the majority.

Undocumented workers do many jobs that most American won’t, and our economy depends on them, especially in agriculture. They pay taxes and contribute to social security without the possibility of collecting it. They can be deported at any time. Will there be a mainstream movement to put these folks on the fast track to legal residency and ultimately citizenship?

Throughout history, marginalized groups have had to demonstrate with their numbers that they are part of the society like everybody else. They had to get media coverage to demonstrate abuses. They had to pose the question: “How would you like it?” Gradually the majority begins to realize that it could happen to them.

Many of us are in some kind of a minority whether it be political affiliation, racial heritage, religious belief, financial status, age, or sexual orientation. We nearly didn’t get this holiday, so let’s appreciate how it came about and what it means to all of us. This Martin Luther King Day let’s realize that protecting the rights and opportunities of any marginalized group is protecting our own. Let’s thank the man who used non-violent action to demonstrate human rights abuses to the world, and who successfully gambled that the majority would find it repugnant and ultimately unacceptable.

We invite you to listen to Stevie Wonder’s pivotal song that helped establish this important American holiday. Listen here.