How the Irish Got Barefoot 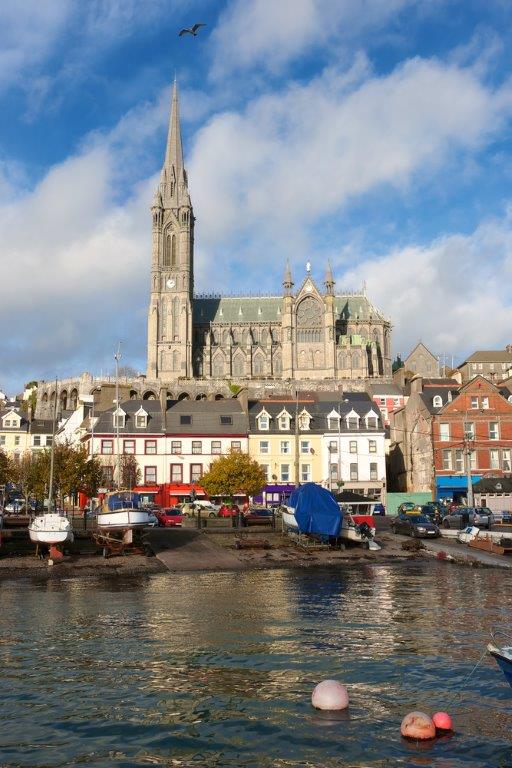 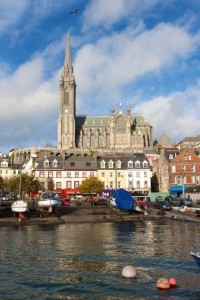 Over one hundred years ago Michael’s grandfather, John Francis Houlihan, left his hometown of Limerick, Ireland, heading for the port city of Cork where he boarded a cattle steamer bound for America.  The only passage he could afford was above deck, so in order to stay warm he had to huddle near the smokestack. It was there that he met and fell in love with Nelly Donohue from Donegal. When they finally arrived at Ellis Island they were incarcerated by United States Customs in separate dormitories, where they remained until they could document gainful employment for themselves inside the United States.

John Francis, being a horseman by trade, was able to secure a job cleaning the recently constructed Sutro Stables in San Francisco, California. That’s where the newly created San Francisco Police Department, which replaced the Vigilante Committee, kept their horses and those of the mayor and other public officials. Then, after two more months of correspondence he was finally able to secure a job for Nelly as a washerwoman and cook in a rooming house on Fell Street in San Francisco across from acres of sand dunes that would later become Golden Gate Park.

Nelly and John were married in the 1890s shortly after they moved to San Francisco. They both worked very hard to save enough to make a down payment on a flat in the then Irish ghetto of San Francisco known as the Mission District. Nelly did laundry and John was promoted from cleaning stables to Head Stable Keeper. In 1906 a terrific earthquake hit San Francisco and broke the underground gas mains, causing many huge fires, including one that destroyed Sutro Stables. John Francis, being a resourceful Irishman, only had time to save a few horses from the flames, so he chose to save the mayor’s prized Percherons. The mayor was so grateful that he asked John what he could do to show his appreciation, to which he replied, “I want to be the police officer who walks the beat in my own neighborhood,” and that’s what he did until he retired in 1941. During those years he watched the ghetto change, from Irish who had lifted themselves up by their own bootstraps into civil service jobs, to Italians who were refugees from WWI.

John Francis knew everyone in the Mission, so when Prohibition came to America, John was quick to make peace with the Italian families who brought their family tradition of winemaking with them from the Old Country. He saw the Great Depression and both world wars. He spoke with a thick brogue ‘til the day he died at the ripe old age of 98, surrounded by his wife Nelly, his only son John Charles and his four grandchildren, John, Michael, Mary Ellen, and William.

John Francis and Nelly used their savings to give their only child, John Charles, the best education possible. He graduated from the University of San Francisco School of Law and married Emily L’Heureux, third generation Californian. John Charles went on to have a brilliant legal career and was instrumental in the development of containerized shipping. He helped build the Port of Oakland, which was one of the first container ports in the world. Shipping containers revolutionized world commerce by cutting losses and insurance costs to a fraction of what they had been when cargo was loaded and unloaded by hand. They go from factory, to truck, to ship, to rail, sealed and safe. John Charles traveled throughout the world promoting the idea of containerized shipping ports, and today these containers are a part of our lives.

One of John Charles’ sons, Michael, got into the wine business with Bonnie Harvey in 1986. They were put off by the snobbery and the pretension of the wine business and wanted to create a product that had a more friendly and approachable image. They named their winery “Barefoot Cellars” in memory of the way grapes were originally crushed, barefoot, by those Italian families in their bathtubs in the Mission District. Plus, in California, being barefoot was a sign of fun and freedom. It meant you had the day off, the weather was fine, and you were relaxed and happy at the beach, enjoying life. Barefoot Wines became very popular in California especially with the young at heart.

By 2005, Barefoot Wines were being sold across the U.S. and in 28 foreign countries. When the wines finally made it to Ireland, they came in through the same port Michael’s grandfather left as a young man, and in the same shipping containers Michael’s father, John Charles, helped to promote.

… And That’s How the Irish Got Barefoot! Cheers!