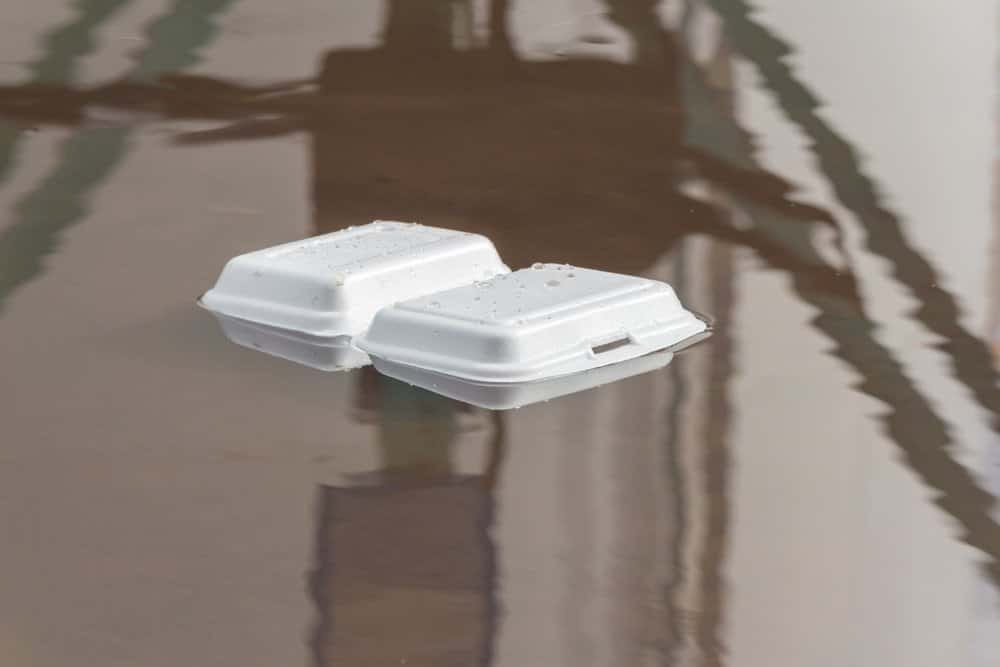 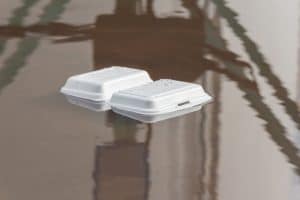 Just imagine what it might be like to eat a credit card. Now imagine eating a credit card EVERY WEEK! According to the World Wildlife Fund, humans now ingest the equivalent amount of a credit card in microplastics each week! This happens because microplastics are now ubiquitous in our environment from the water we drink to the food we eat.

The trillion dollar plastics industry is opposed to any efforts by the Federal Government and the State Governments to stem the tide of single-use plastics by law. But two states, Maryland and Maine, recently passed laws banning the use of at least polystyrene foam food containers, generally known as Styrofoam.

Meanwhile, in the last decade, in California alone, 120 cities and counties have passed some kind of regulations on polystyrene food containers. It’s evidently harder for the industry to affect the decisions of smaller governing bodies. Sebastopol, small town just down the road from us, recently passed an ordinance prohibiting the sale or use of disposable cups, burger boxes, clamshell containers and ice chests made of expanded polystyrene. This particular type of single-use convenience food and packaging material is especially dangerous since it is brittle, breaks up easily. It is mostly air so it blows around, and degrades into microplastics that get into the soil and waterways. It is very hard to capture.

So, what’s the effect on business? Well, for one thing, the regulations will create a somewhat level playing field in terms of competition. All retailers will be held to the same rules. Here-to-fore, businesses could claim that their competition was using the cheaper polystyrene and that if they voluntarily chose compostable products, they would be at a disadvantage because of the greater cost.

Interestingly, as the demand for the alternatives grows, as we have seen in so many other alternative industries, the costs of those alternatives goes down. Sheer volume creates efficiencies of scale that are passed down through the competitive sales process to the retailer.

Opportunities for compostable and reusable containers are bound to increase. In the little town down the road, for instance, customers who bring their own reusable to-go containers get a 25-cent credit. All customers have to pay a takeout charge up to 10 cents to defray the costs associated with conversion to compostable lids, cups, straws, or utensils that may be more expensive in the short run. This, in effect, subsidizes the cost of reusable containers and single-use compostables.

So, how did the poisoning of the wildlife, the waterways, the soil, and even ourselves ever become so competitively advantageous to the takeout food industry? Simply, the entire cost of the post-sale packaging, including the hazardous effects were dumped on the environment and the consumer, not the producers. Now we are actually eating it! And because we gave them our money for their products, the producers became so strong, they could fund giant PR campaigns and lobbying efforts to protect themselves against the full costs of their packaging. The polystyrene producers are not fighting the ordinances so much as they are trying to use the government to stifle competition. This is just plain unfair and, as we’ve seen, dangerous!

We are business people and we support business, but not the monopoly of any industry. We think ordinances like this are good for business and innovation. They give new businesses a chance to compete. They raise the big picture issues that have to do with the real costs to the environment and our own health for which we as consumers are being asked to pick up the tab.