Zoie Reams Proves You Can Succeed with Hard Work, Dedication and Determination

FROM SOUTH CHICAGO TO CARNEGIE HALL! 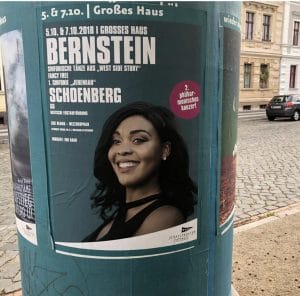 When we were building the Barefoot Wine Brand, there were too many long days and sleepless nights. We often went without breaks, even on the weekends which was the best time to visit the stores, do tastings, and work nonprofit fundraisers. We were exhausted!

At the end of one of those especially trying years, we decided to take a two-week vacation, no matter what, to a favorite place in Southern Baja California. It was nice to get out of rainy, cold Northern California for Feliz Navidad on a warm, sunny beach and do some hiking, sailing and snorkeling.

After about a week there, we decided to take a plane across the Mar de Cortez (Gulf of California) to Mazatlán on the mainland. We probably should’ve stayed in Baja. By comparison it seemed very touristy with lots of in-your-face poverty. Every day we were confronted by no less than 50 vendors. The good news is that “no” is the same word in Spanish as in English. Just add gracias!

After several days, we became homesick and wanted to find an American newspaper to catch up on what was happening back home (this was before the Internet). So, we set out looking for an American newspaper. We figured we could certainly find one at the best hotel which catered to mostly American tourists. We saw an African-American couple dressed to the nines across the lobby. They were surely Americans!

We walked up and asked them if they knew where we could find an American newspaper. We never did get that newspaper because we stood there and talked to each other for the entire afternoon! Like us, they too were entrepreneurs. Like us, they too had been working their fingers to the bone. Like us, they needed a break from their winter, which was a Chicago winter, much more formidable than any California winter. And all of a sudden, our vacation became interesting, informative, and quite enjoyable.

We became friends with Corky and Stephanie Reams for life. Whenever Michael went to  Chicago to sell Barefoot Wine, they wouldn’t let him stay at a hotel, but instead, put him up in their home not far from Lake Michigan just south of downtown.

Michael visited twice a year over 10 years. One year, there was a new member of the family, Zoie! As a baby she had a scream that could break glass. In time lapse, Michael watched her grow up. When she was 5, she was competing with much older kids in a recital, several years later she was a docent at the Chicago Public Library.

Meanwhile, we asked Zoie if she would like to come and visit us in California. When she agreed, we called her dad for permission. His response surprised us, “Zoie’s going out to California visiting her Godparents.” That’s when we knew that we were Zoie’s Godparents. We had her out year after year and watched grow from a child to a young girl and from a girl into a young woman.

At age 11, she announced, “I can’t get the kind of education I need here in Chicago,” and she began her search. She applied for and received a scholarship to live and attend high school at Shattuck St. Mary’s in Minnesota. It was there that Zoie put those former shrill baby notes to work! The school discovered that Zoie had a operatic singing voice! She studied like crazy and eventually entered their Music Conservatory and sung a time or two at various public venues.

After high school, Zoie chose the music conservatory at Lawrence University in Appleton, Wisconsin,  where the classes were small and she could get the kind of personalized training she needed. Again, she was able to garner a scholarship that covered many of her expenses. To help protect her from student debt, we chipped in with the difference. During that time she did several professional performances including at the Minnesota Opera in Minneapolis.

Then, you guessed it, she got yet another scholarship and was accepted for a master’s program in music, this time at the Music Conservancy at LSU. Fast forward, she has sung at the Houston Grand Opera, several European Venues, Glimmerglass Opera in Cooperstown, Upstate New York, and just recently at Carnegie Hall!

All this from a shrill little girl from South Chicago with a lot of determination to do well. Zoie is one of the jewels we were rewarded with when we were in the trenches building the Barefoot Wine brand.

You can find out more about Zoie at https://www.facebook.com/zreams