A New Approach to Protecting the Environment

HITTING THEM WHERE THEY LIVE! 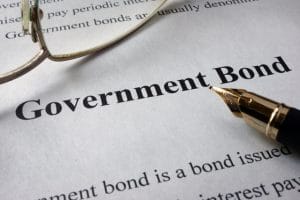 With all that’s going on right now, we’ve kind of lost sight of the biggest existential threat we face in the 21st century: Climate Change. But according to Isabella Kwai writing for The New York Times, not so with 23-year old Katta O’Donnell, a fifth-year law student at La Trobe University in Melbourne, Australia. This was a back page story that caught our attention because it opens a new front in the battle to mitigate this mounting disaster. We thought it deserved the front page. So we are reiterating it here!

No, this is not another protest. This is much more sophisticated, and perhaps ultimately more effective in a short-sighted world where money is more important than the environment. In this case, O’Donnell is leading a class action lawsuit against the government of Australia for, get this, “failing to disclose the material risks of climate change to those investing in government bonds”!

According to the Times, this is the first time experts said that such a climate change case has been brought against a sovereign nation. But, we might add, not the last. The climate-change caused fires in Australia are happening here in the U.S. Of course! We are on the same planet! Both the Australian government and the US government and, for that, matter all governments are selling bonds to finance their spending.

According to the Times, “Any risks to the country’s economic growth, value of its currency or international relations, to name a few factors, might change the value of her investment, her suit states.” The suit seeks an injunction to stop the government from marketing bonds before those disclosures are added.

If the sovereign governments have to disclose these costs in order to sell bonds, it will be less likely that they would continue to support industries that ultimately reduce the value of those bonds thus making them much harder to sell. That can do more to effect climate change mitigation than any protest, because now you are threatening the governments’ ability to raise funds. They will be forced to take action to mitigate climate change.

Just what we have seen happening in the past four years in the US, with the reversal and erosion of climate protections by the government is effecting the value of US bonds. The continuing favoring of petrol-fuels has demonstrably added to the intensity of fires in California, Australia and elsewhere. Who is going to pay for those damages? The taxpayers and the bond holders, that’s who.

What we like about this new approach is that it hits the governments where they live, in the pocketbook, and it forces them to disclose what they already know, that their representations of value are dishonest to their bondholders!