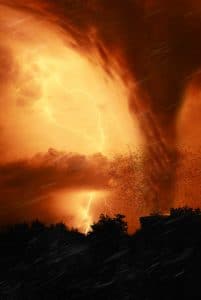 We often write about the need to return to Civics as a mandatory course in high school and even grammar school. We need to take a driving test to get a driver’s license. But we don’t need to complete a basic civics course to vote. Unless of course, if you are a naturalized citizen, in which case it’s mandatory. Go figure.

In the US today we are starting to see the effects of generations who are unaware of the three branches of government, why they were created, and what they do.

But the recent decisions by the Judicial Department against the excesses of the Executive Department are a much needed cold bucket of water dousing too much hot air and smoke about what is true.

So what is true?

According to Merriam-Webster and others, truth is “in accordance with the facts” and truth is “actuality.” The idea that “truth is not truth” or that there are “alternative facts” ultimately holds no water with the Department of Justice. It is their job to ascertain the facts. And that is exactly what they’re doing.

Their job is to adjudicate the laws and, based on the facts, render a judgment. These facts are not subject to a vote. They exist outside of opinion and politics. They either took place in actuality or they did not.

The judicial department is there for a reason. The founding fathers, concerned about the excesses of King George, didn’t want a repeat in the new nation. They appreciated the power and necessity for a strong executive, but they knew it had to be constrained. They thought the legislature would act as a constraint on the executive. But just in case it didn’t, as is the case currently, they created an independent judiciary that would be guided by facts and the law – sort of a safety net.

We need to get back to the facts.

Here’s a fact: in California, we saw a 7-mile high “fire tornado,” a 3000-degree pillar of fire spinning at 160+ miles an hour with a footprint the size of three football fields. This happened during the largest wildfire in the state’s history, part of the increasing and undeniable fact of climate change.

Obviously, Mother Nature is not going to take a break as she inches toward a global climate less suitable for human habitation than any we have seen. She’s not going to wait until the final judgment about whether this change is man-made or whether or not we can do something about it.

This is why we can’t sit around waiting for justice to run its course.

This is why the founding fathers had the wisdom to realize that the people needed to speak every two years in the elections for the House of Representatives. They set up another safety net to protect against a runaway executive and that was the power to actually recall the chief executive through articles of impeachment.

But of course, that won’t work unless a majority of the members of the House vote the same way. And that gets it back to the people because that won’t happen unless the people vote for representatives who are willing to use this constitutional check and balance.

We know all this sounds rudimentary to many of our readers. But reading the news these days, we felt obligated to restate the obvious. There is obviously a large group within our country who is not aware of the simple reasons for checks and balances and the three divisions of our government. The recent actions by the Department of Justice are giving them a crash course in high school civics. And Mother Nature is giving us a crash course in reality. Like it or not, climate change is a fact.