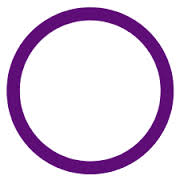 Progressive writers and speakers have been striving for “gender neutrality” for some time now, so as to not favor one or the other. Sounds simple enough until you get into the onerous choices that are available in “proper” English. For instance, when you say “Hi!” to a group of men and women, do you say, “Hi guys” (generally referring to men), “Hi people” (sounds like boot camp), “Hi men and women” (too heavy), “Hi ladies and gentlemen” (too formal for causal greetings), or just avoid the issue altogether with, “Hi folks”?

When building the Barefoot Wine brand, we learned that people will shorten words to the least number of syllables to express a concept, a brand, or an idea. It’s not that they’re lazy; it’s just more efficient. That’s why Coca-Cola, with four syllables, is shortened to “Coke,” and Budweiser, with three syllables is shortened to “Bud.” So part of the challenge is coming up with gender-neutral terms that are only one syllable. The one-syllable gender-specific singular pronouns, “he” and “she” and “his” and “hers,” are especially awkward when referring to a singular noun that could be either gender.

Historically, it was typical to use the pronoun “he” when referring to a singular noun that could be either male or female. For example, “The buyer was confused when he read the proposal.” The exclusive use of “he” inadvertently condoned a certain level of discrimination, but it was one syllable and the alternatives where multi-syllable and tedious conjunctions.

Today’s writers and speakers, aspiring to be politically correct, try to solve this issue with “…when he or she read the proposal,” but that terminology is three syllables and somewhat awkward. Others try to alternate the gender specific pronouns and use “…when she read the proposal,” and then on the next paragraph or example, go back to “he,” and so on. Still others are using a combination, resulting in (s)he or s/he. (This cannot be used verbally, and is somewhat perplexing when read.)

The same thing happens with the gender-specific possessive pronouns “his” and “her. Proper English dictates that you use “his or her,” however, once again, you are up to three syllables and becoming arduous.

OK, so this is technically incorrect grammar, since “they” and “their” are plural, and refer to a singular noun. The only existing, one-syllable, non-onerous, gender-neutral pronouns in our language that refer to a non-gender-specific noun describing a person are “they” and “their.” Some grammatical purists will choose a work-around that changes the singular-subject noun to plural so they can use the plural non-gender-specific pronouns (“they” and “their”) correctly. However, in many cases that can change the meaning of the sentence.

Ironically, most people don’t find the incorrect grammar as objectionable as the awkward conjunctions, “he or she,” “his or her,” or the alternating gender-specific pronouns. Isn’t it about time for the vernacular to evolve to accommodate the important social issue of gender equality?

We were recently honored to be chosen as keynote speakers by an organization looking for a gender-neutral, man-and-woman team. We hope the organizer will give us their approval when they hear us speak!