Get the Butts off our Beaches!

LET’S WALK BAREFOOT ON A CLEAN BEACH THIS SUMMER 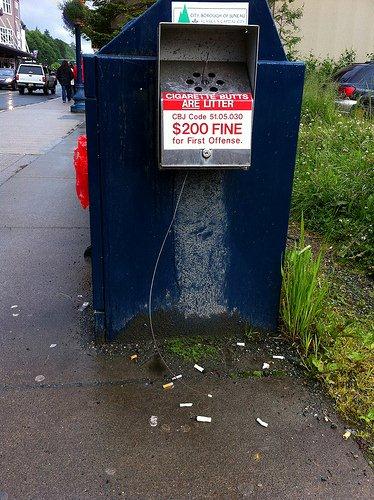 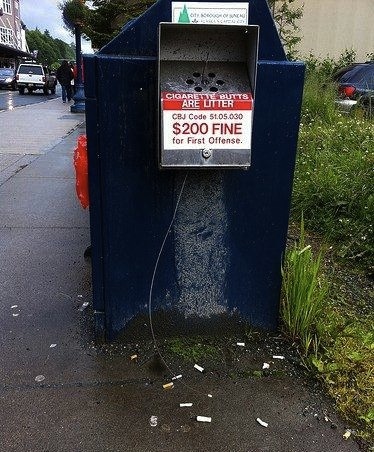 There is nothing more relaxing than a long walk barefoot down the beach. But a pristine beach has become a rarity, and now we are creating clean beaches more often than finding them. We have personally participated in a multitude of beach clean-ups. Some were organized by non-profits like the Surfrider Foundation and, in the San Francisco Bay Area where we live, Save the Bay. Others were co-sponsored by socially-minded private companies. But most of them have been self-initiated. Our beach bag may be filled with lunch when we arrive, but it’s full of trash when we leave. We figure that if people see a clean beach, they will be less likely to pollute it.

Once the trash is removed, folks no longer have “permission” to litter. They can’t say, “It looks like it’s OK to leave behind our wrappers, beverage cans and plastic bags because, look, others have already done it, so a little more won’t matter.” Instead, they will see an unspoiled beach and have to think twice about being the first to litter.

Often the litter is what was left after lunch was eaten. We generally find drink and fast food Styrofoam containers, used Mylar mustard and ketchup single-serving packets, soiled paper napkins, plastic flatware, French fry containers – plus the plastic bag it all came in, in which we re-deposit the remains.

But of all the litter we have removed from beaches throughout the country and all over the world, the most insidious item is by far cigarette butts. They are hard to see at first. Usually buried in the sand an inch or two down, they are virtually invisible.

According to the Ocean Conservancy, cigarette butts make up 20% of all litter removed during beach clean-ups. It is now the most prevalent type of litter on the planet. Cigarette filters are made out of cellulose acetate which never biodegrades! And they are saturated with tobacco, nicotine, and tar which harm wildlife when incorporated into nesting material.

Recently we were in Juneau, the capital of Alaska, where they have attacked the “butt” problem head-on. On every litter can there is an ashtray and a sign that says, “Cigarette Butts ARE Litter! $200 Fine!” These folks know that when cigarette butts are discarded onto the street or the sidewalk, they wash down the storm drains into the ocean and often wind up on the beach.

In an effort to discourage tobacco litter, New York Assembly Member Michael DenDekker has proposed a one-cent deposit on every cigarette – like a bottle redemption. The redeemed cigarette butts will be recycled into rust prevention products and plastic molds instead of costing New York City over $500,000 per year in landfill. Bravo! We hope it passes!

So as we approach Earth Day this year, let’s give the beaches a clean break and follow Alaska and New York’s lead. Let’s all work together to get the butts off our beaches!