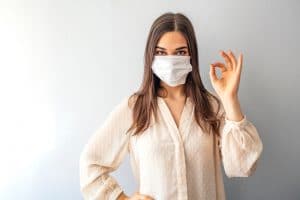 In the 1960’s, Walt Kelly, referring to the Vietnam War in his comic strip Pogo said, “We have met the enemy and they are us!” Nothing could be truer than the current “war” we find ourselves fighting against the pandemic. We are our own worst enemy.

The virus, and the way our response has been mismanaged, has really exposed the spoiled, selfish, and short-sighted behaviors of too many of our leaders and too many of our fellow Americans. The lack of discipline and nation resolve displayed during the ‘reopening’ has turned our country into a pariah state. We are now persona non grata in Europe along with Russia and Brazil, two other countries who failed to control the virus.

What if, during The Blitz when the Luftwaffe was bombing London, folks decided that they were “so over” the bomb shelters and ran out in the streets? Boom! Game over! But that generation not only had to shelter, but they had to forge the international, national, and personal resolve to do whatever it took to defeat the enemy. That meant sheltering, rationing, and selfless sacrifice for four years straight.

In those days, the leaders of the free world spoke with one voice. They did not insidiously pander to the desire of their populations to avoid sacrifice and hardship in order to be more popular. They did not tell others what they wanted to hear to increase their standings in the polls. On the contrary, they took the unpopular course of true leadership in a crisis. They told their people it would be a long, hard struggle, it would disrupt their lives, and that they would have to go without.

History has called them “The Greatest Generation.” What will they call ours?

What’s particularly disturbing, is that we are not being asked to make anywhere near the sacrifices of The Greatest Generation. We are simply being asked to wear a mask and practice social distancing. In the short term, it’s an inconvenience to be sure, but not like rationing, seeing most of the men of fighting age leave the country for years, and spending long hours building ships, planes, and munitions at home. Now that’s sacrifice! But the consequences of not wearing that mask are going to cause more casualties, hardships, and long-term economic damage than the last big war.

We watch in horror as maskless young people in crowed settings respond to enquiring interviewers with, “I don’t know about the masks,” and “I heard the masks don’t protect me anyway.” No, they may not protect you, but they protect everyone else around you. That includes your friends who are physically compromised, your mom, your employer, and your own ability to get medical treatment when the hospitals are over-loaded. Even from a selfish standpoint, the mask is protecting you, your access to medical services, your job, your economy, and your future.

In our state, California, we had the virus somewhat under control. Three months of sheltering in place was effective. People were off the streets and the infrastructure the virus needed to multiply was shut down. Yes it hurt, but it worked. Our hospitals did not overload. Unlike New York, that apparently got the message eventually, we did not see trucks lined up to remove the deceased. So maybe it didn’t hit home hard enough in California to make a strong impression.

Then on Memorial Day weekend a significant number of folks acted like the pandemic was over. They went out and celebrated their new freedom. The stopped wearing masks, crowed in tight spaces, and inhaled the spray from each other’s every word and shout. They were “so over” sheltering in place. But the virus was not over with them! Like a wildfire down to embers, the virus patiently waited for new fuel to burn!

Two weeks later, the commonly demonstrated incubation period, you guessed it – massive spike! So now it looks like we may have wasted those three months and are now facing an even greater sacrifice to our freedom and our economy. When you hear, “We are all in this together,” it means that if some of us choose to not wear masks, we all, including those maskless folks, go down together!

Selfishness is self-defeating! If you don’t have the empathy to protect others from your plume, wear the mask for your own sake! Don’t wait for the trucks like Italy, Spain, and New York to demonstrate maskless folly. Let’s get our economy back the only way we can and make America respected again!